A photographer’s “love letter to Appalachia”: Interview with Roger May 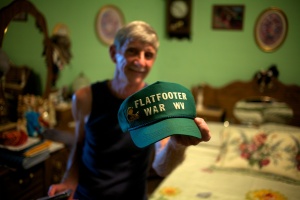 “I am both insider and outsider,” says documentary photographer and Appalachian Roger May. Born and raised on the Kentucky-West Virginia line, May moved to North Carolina with his mother and younger brother as a teen. He’s currently working on a limited edition photo book project that explores the duality of home and away, entitled “Testify: A Visual Love Letter to Appalachia.” “This is my testimony of how I came to see the importance of home and my connection to place,” May writes of his project.

He launched a crowd-sourced fundraising campaign on Kickstarter on April 1 to raise $9,500 to fund the production of the book which encompasses a six-year photographic journey. May’s video telling the story behind his storytelling is a must watch—inviting, personal and captures the intense longing of place.  In line with other Kickstarter campaigns, May offers incentives like Polaroids, archival prints, and the hard-to-resist option of a signed book of “Testify” to supporters. In the first ten days, “Testify” surpassed the halfway mark and has currently raised more than $6,500 with two weeks left in the campaign. If the project’s supporters—friends, strangers and champions—pledge the full amount by May 1, May will receive the funds for “Testify,” and the book will come to fruition.

May talked with The HillVille about his project, artistic vision and the inspiration Appalachia spurs. 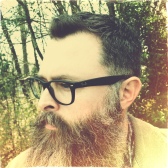 Documentary photographer Roger May. Photo provided by May.

The HillVille: Where did you grow-up?

Roger May: I grew up in Mingo County, West Virginia in the small town of Chattaroy. I was born on the Kentucky side of the Tug River in Pike County and also lived there a while. I spent a majority of my time in Chattaroy, though.

The HillVille: What made you leave the area?

Roger May: My mom moved my brother (eight years younger than me) and me to North Carolina in 1989. I guess we were part of the long running outmigration of Appalachia. We were on welfare and my mom was just ready for a change, for a fresh start. My grandparents and my aunt and uncle had moved to North Carolina for work and my mom thought she’d have a good chance at a job there. She was kind enough to let me finish my eighth-grade year of school before making the transition.

The HillVille: How long have you been a documentary photographer?

Roger May: Well, I started trying to seriously make pictures in 2003 or 2004. It took some time to develop a style and to really find my visual voice and learn how to communicate that with others (which is an ongoing, evolving process). A few years back, I began classes at Duke’s Center for Documentary Studies, which really help me find my voice and shape the way I work.

The HillVille: Does photography help you bridge the gap between being an insider and outsider in Appalachia?

Roger May: For me, absolutely. I have this beautiful space I get to operate in where I can show others my home while at the same I get to show folk back home the splendor of how I see the place. Of course, I didn’t always see it as something beautiful—the insider/outsider thing. For a while, years even, I struggled with not really fitting in, not knowing my place. Once I embraced it and saw the incredibly opportunity I had, it became clearer that I was right where I was supposed to be doing exactly what I need to do. Of course, I long to return home to live, but in the meantime, I’m really happy with how things are working. 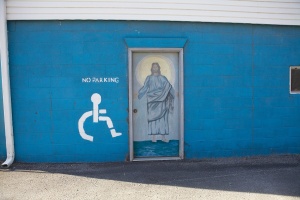 The HillVille: Does photography and your project “Testify” quell homesickness or stir it up?

Roger May: It does both, actually. There’s seemingly this push and pull, which as I’m getting older, I’m more okay with. If photography didn’t stir me or the people looking at my photographs, it’d be time to do something else. Good images evoke, even demand, some sort of stirring.

The HillVille: The response to your Kickstarter has been strong and quick, has this surprised you at all?

Roger May: It’s really taken me by surprise. I never imagined there would be this sort of response to the idea of these images in a book. I’m just beside myself. A lot of folks have contacted me, even before the Kickstarter launched, expressing their appreciation for the images and how I’ve chosen to represent Appalachia with my voice. A few people have shared that after watching the video, they were in tears and that I was showing and sharing what they hadn’t been able to voice. That’s pretty powerful.

The HillVille: Tell me more about the design of the book. How important is the design and feel of the book to presenting the story within “Testify”?

Roger May: Dave Wofford of Horse and Buggy Press in Durham, N.C. is designing the book with me. The design and feel are everything. The presentation, like the photographs, will hopefully arrest the viewer and call them to spend some time with the book, coming back to it over and over again. Dave is really good at what he does and he has years and years of experience with making books, working with artists, and reaching audiences with the finished product. This has been such an incredible experience, one that I hope I’ll be able to share with other artists as they approach this process.

The HillVille: Is there a connection with the burliness of one’s beard and creative productivity?

Roger May: Ha! If that’s the formula, I’ll never shave again. I haven’t shaved since 23 April of last year, so it’s been almost a full year and the longest I’ve ever let it grow.

Beth Newberry is co-publisher of The HillVille. Photos used with permission from http://www.rogermayphotography.com and the photographer. Visit the “Testify” Kickstarter project for the video and further details: http://kck.st/XmMoAJ.